A reader named "blob" asked me to respond to a recent post by the Fanatic Cook Bix Weber, "Two Studies That Link Dietary Fat to Cancer."

Both of these studies were conducted by the same group led by Philippe G. Frank, Ph.D., Assistant Professor in the Department of Stem Cell Biology and Regenerative Medicine at Thomas Jefferson University in Philadelphia.  This group had a rather clever way to blame the ravages of refined, purified diets on "fat."

A recent article  that several others had forwarded to me explained Dr. Frank's reasoning for turning to animal models:

Dietary fat and cholesterol have been shown to be important risk factors in the development and progression of a number of tumor types, but diet-based studies in humans have reached contradictory conclusions. This has led Dr. Frank to turn to animal models of human cancer to examine links between cholesterol, diet, and cancer.

This statement would have made a lot of sense if a few words were switched around.  For example, if the journalist had written that Dr. Frank turned to experimental research because the observational research was conflicting, this would have sounded a bit like the scientific method, which states that we test our hypotheses, which we have generated in an attempt to explain our observations.

As stated, however, it sounds rather silly.  If human studies conflict, what on earth can we learn from mice, as if it were easier to generalize from mice to humans than from some humans to others?

Indeed, this little bit of silliness emphasizes the point that these authors used mice that were genetically engineered to develop spontaneous prostate cancers in one study and mice genetically engineered to develop spontaneous breast cancers in the other study, but never did anything specific to make these mice respond to dietary factors like humans do.  As such, studies like these might be interesting for the light they shed on certain mechanisms of the development of the disease, but not for extrapolating dietary effects from rodents to humans.

Nevertheless, let's give this research group the benefit of the doubt on this point and assume that the journalist had very little training or even casual interest in science.

Still, these authors clearly claimed in their own words that their "data suggest that dietary fat and
cholesterol play an important role in the development of prostate cancer."

Really?  The authors did, in fact, find that a so-called "Western diet" that was rich in fat and cholesterol increased the number and weight of tumors in both models.

But can we blame this on "fat" or "cholesterol"?  Let's take a look at their diets.

Here are the ingredients in the high-fat, high-cholesterol "Western" diet:

Sorry to use the same joke twice, but can you spot the food? 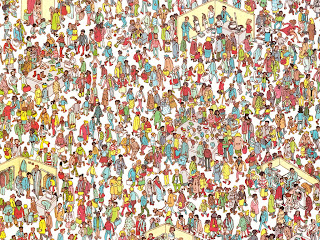 Of course not, because there is none.  There's just a series of purified ingredients.

According to the manufacturer's web site, that diet corresponds to Basal Diet 5755, which is made of similarly purified ingredients but is lower in sucrose and contains more dextrin instead of milk fat or cholesterol.

Ah, well if we wanted to control our variables that would be a perfect diet to use!

But such a diet, marketed for the very purpose of being a control for the Western diet they were using, did not satisfy Dr. Frank's group.  Instead they used a "chow diet."

Let's take a look at the ingredients:

Well whaddyaknow, it has food!

As I pointed out in my previous post, "The Did the Same Thing to the Lab Rats That They Did to Us," rats started developing all kinds of problems like fatty liver and excessive bleeding when the American Institute of Nutrition first started encouraging the use of chemically defined, purified diets.  They resolved some of these problems by decreasing the sucrose content and increasing the content of certain vitamins, but some of the problems never resolved.  Consider this reason the AIN gave in 1993 for adding certain "ultratrace elements" that were not known to be essential:


Many of the ultratrace elements are found in plentiful quantities in the natural ingredients that make up cereal-based diets, but their concentrations in purified diets are often very low, and in chemically defined diets, they may be completely absent.  Purified diets without added ultratrace elements suport growth and reproduction, but investigators have noted that animals exposed to stress, toxins, carcinogens or diet imbalances display more negative effects when fed purified diets than when fed cereal-based diets (Bounous 1987, Boyd 1972 and 1983, Evers 1982, Gans 1982, Hafez and Kratzer 1976, Longnecker 1981).  This suggests that detrimental effects may occur with the omission of some substances found in the more natural, cereal-based diets; some of these substances may be the ultratrace elements.

I'm afraid all these studies might be showing is what has already been known for decades
— that chemically defined, purified diets are much worse for rodents than natural food-based diets.

And perhaps they hint at what many people including myself today believe — that humans should also be eating food.  The fat included.